Co-founder and Artistic Director of the larger Keld Ensemble, Jonathan studied at Trinity College of Music, London, and toured with Gibraltar Symphony Orchestra and Tindersticks during this time. He has guest - lead Watford Philharmonic Orchestra & Cambridge Orchestra. He has recently been engaged to perform with the Auralio piano trio on the Saga Sapphire. Jonathan presents educational workshops in London primary schools for Young Persons' Concert Foundation. Currently Jonathan is a freelance violinist with Northern Lights Symphony Orchestra and Kent Concert Orchestra.

Based in London, Kate currently works as a freelance violinist with New London Sinfonia,Camerata of London,Chameleon Arts Orchestra, City of London Chamber Orchestra and London Concert Orchestra. In 2010 she co-founded Keld Ensemble in which she is principal 2nd violin and was involved in two successful tours of the North East. Kate has performed in many opera and ballet productions in the South East  playing for Surrey Opera, Holland Park Opera,New Sussex Opera,Charles Court Opera and Southern Ballet.  As a chamber musician she has also toured Spain, France and Sweden with an appearance on Swedish television.

Susannah is a busy orchestral and chamber musician. She gained a BMusHons from Royal Holloway University of London specialising in performance. She has studied viola with John White FRAM and Yuko Inoue.
She currently freelances as a chamber musician and an orchestral player, working with orchestras including British Philharmonic, Brighton Philharmonic,Jersey Symphony Orchestra, Talkestra, National Philharmonic and Mozart Festival Orchestra.She has led the viola sections in Jersey Symphony Orchestra,The Voce Ensemble, The Amadeus Orchestra and Dartington Festival Orchestra.Recent work includes touring with Andrea Bocelli and The War of the Worlds.  She is an Associate Lecturer at Chichester University and teaches part time at Caterham School and Great Walstead Prep School. 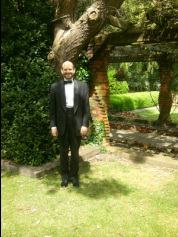 Having studied at Trinity College of Music with David Kenedy (1991-1995) winning 1st prize in the Student Union Chamber Music Competition, William went on to study with Francois Rive (Associate Principal RPO) and Roman Broide (Principal Moscow State Symphony Orchestra and guest principal with the Orchestra of the Bolshoi Opera House). It was whilst at Trinity that he formed his musical relationship with Jonathan Acton, with whom he played in the Emerald String Quartet. As an orchestral free-lance musician he has played with the LPO, RPO, Royal Ballet Sinfonia and CBSO. This work has taken William across the world playing at venues
such as Carnegie Hall, Berlin Philharmonie, Boston Symphony Hall, Munich Gasteig and with conductors such as Bernard Haitink, Valeri Gergiev, Kurt Masur and Mark Elder. He has recorded in Abbey Road Studio 1 and Air Lyndhurst in films such as the Lord of the Rings trilogy, Da Vinci Code and Moulin Rouge.